My ad on your OLX favourites - CSRF style

First of all - Happy New Year to all my readers.

OLX is an internet company based in New York City and Buenos Aires, Argentina. The OLX website hosts free user-generated classified advertisements for urban communities around the world and provides discussion forums sorted by various topics. They're are present on more 90 countries.

Portuguese OLX domain - olx.pt, one of the most popular websites in the country, was vulnerable to a CSRF that allowed any user to add a ad on a visitor favourite section just by visiting a specially crafted webpage.
This attack could be used to gain more visibility on a special ad or even to spread scams, like...

When a visitor opened a page with this code:

It would add that ad to the favourites section of the user. Even if they aren't authenticated. 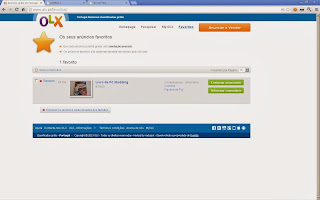 This issue was fixed by the local company responsible for OLX in Portugal in few days.
I didn't test similar issues on other OLX sites but I hope my alert helped them to spread the word around about CSRF.